A public perception survey conducted in seven European countries by independent strategic insight agency Opinium, in collaboration with the European Association for the Study of Obesity (EASO) and with the support of Medtronic. 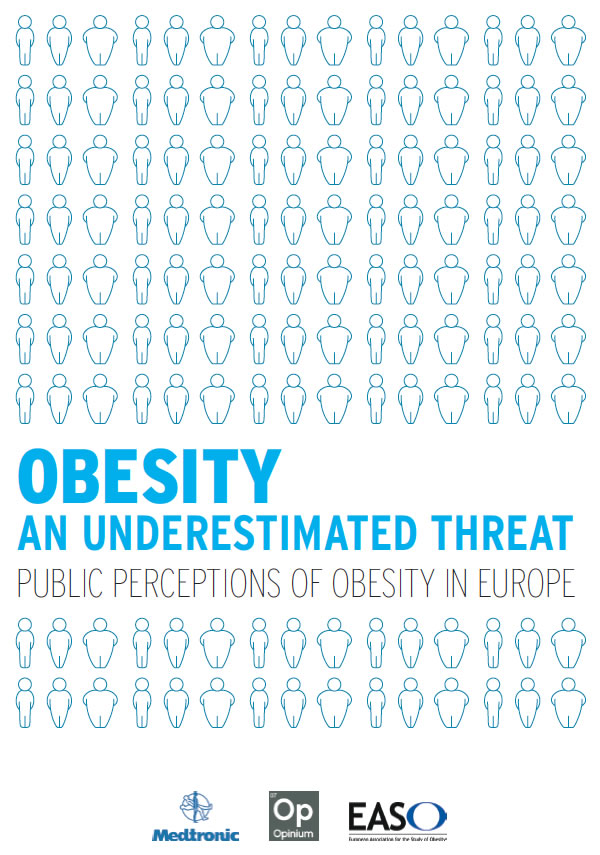 Despite it being well known that obesity is becoming a growing problem in Europe, the general public is still largely unaware of its significance, or of the fact that many of them are already at risk.

This survey, conducted among 14,000 people in seven EU countries, has revealed a large number of people who are oblivious to some of the important health implications, the causes and treatment of obesity, and even of how levels of weight relate to themselves.

Many also appear to be underestimating the need to take action.

Almost three quarters of respondents who are obese described themselves as simply ‘overweight’ and a third of all those who were ‘overweight’ thought that their weight was ‘normal’.

From a health perspective, nearly a quarter of all respondents did not realise that obesity can cause heart disease, diabetes and high blood pressure. Less than half recognised a connection with strokes and only 16% knew of the connection with certain types of cancer, even when prompted for the answers.

The survey, which was conducted in Belgium, Denmark, Finland, France, Germany, Italy, and the UK, is one of the most extensive obesity perception studies to have been undertaken.