Using social media platforms provides an excellent opportunity to raise awareness of World Obesity Day in Europe and to help encourage engagement on issues related to having obesity.

Twitter and Facebook in particular can help to draw attention to the EASO  website which contains information on preventing and treating obesity as well as on the many other diseases on which it impacts.

With over 500 million tweets a day and 330 million monthly active users, Twitter is a simple yet powerful tool to communicate. It has a great potential to help you reach new and broader audiences, and build your network of online supporters.

Twitter allows engagement and interaction with a very wide range of people including policymakers, healthcare professionals, patients and the general public.  This is essential to encourage people and organisations to take action and share important information.

Using the hashtag #ObesityDayEurope, you can extend support for your advocacy work and WOD campaign.

The following are examples of Tweets you may wish to use translate or adapt as part of your existing social media activities or as a stand-alone campaign specifically to take advantage of World Obesity Day in your region.  The Tweets can be used widely or targeted to a specific organisation if you find the message especially appropriate. In each case we recommend using the #ObesityDayEurope hashtag as it makes each tweet searchable and will help better determine the response. 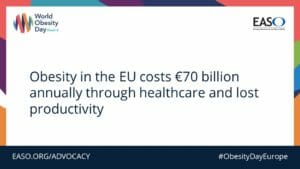 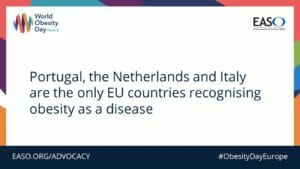 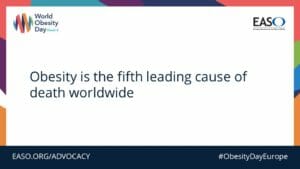 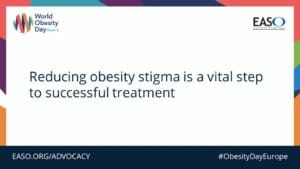 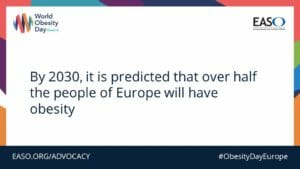 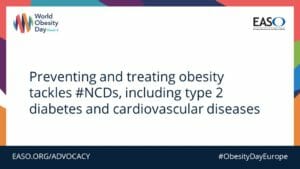 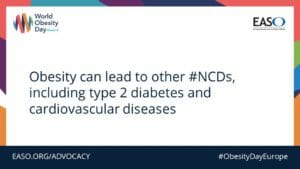 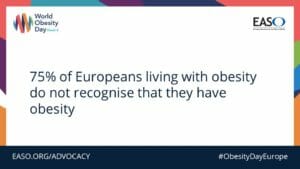 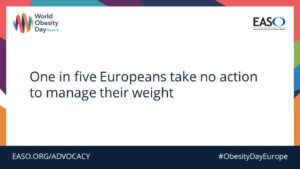 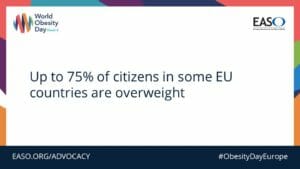 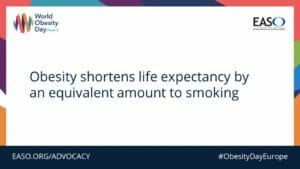 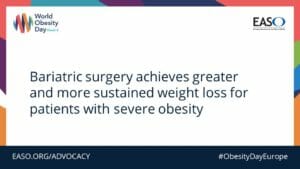 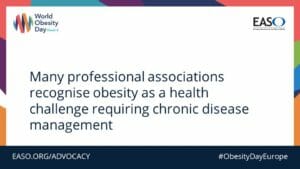 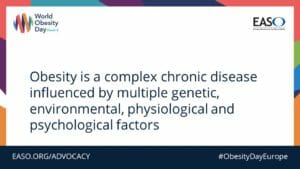 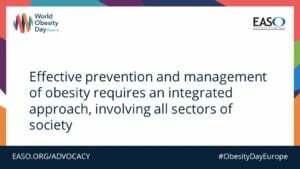 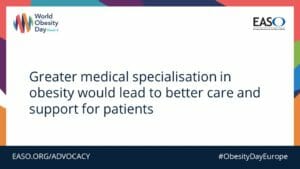 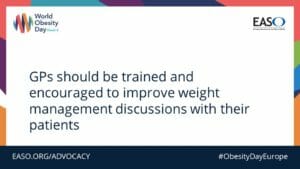 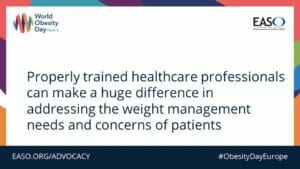 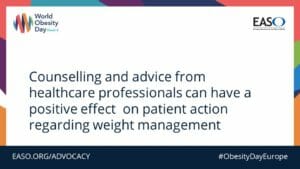 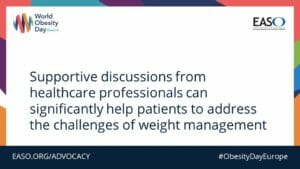 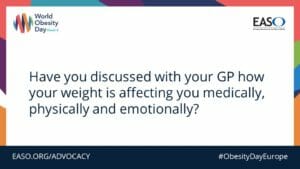 Facebook is often considered a more personal and friendly way to share information with people important to you. It allows you to post your pictures, videos and what you have been up to, as well as to ask questions and seek public opinion.  You can control how much information you want to share with whom. It is helpful if you try to encourage your Facebook followers to like and share the information they find.

As Facebook permits longer posts than Twitter, there is an opportunity for a more extensive explanation in posts and as part of the About section. It is important to remember however, that while sharing more information can be useful, people still tend to make note of posts that really grab their attention, so keep it brief. Links, graphics and other visuals are always helpful to attract attention.

Facebook applies more complex processes than Twitter when deciding what appears on other users’ news feeds. Just because something is posted, doesn’t necessarily mean it will be viewable by everyone who likes your page. For this reason, it is important to keep an eye on your page insights in order to determine the best time of day to post, and to identify the types of posts which tend to get the most interaction. Typically these will be posts with graphics or the newest and particularly useful information so it is important to post information regularly.

Consistency will help to engage your followers but you can also target particular regions or groups of people and organisations for different posts.